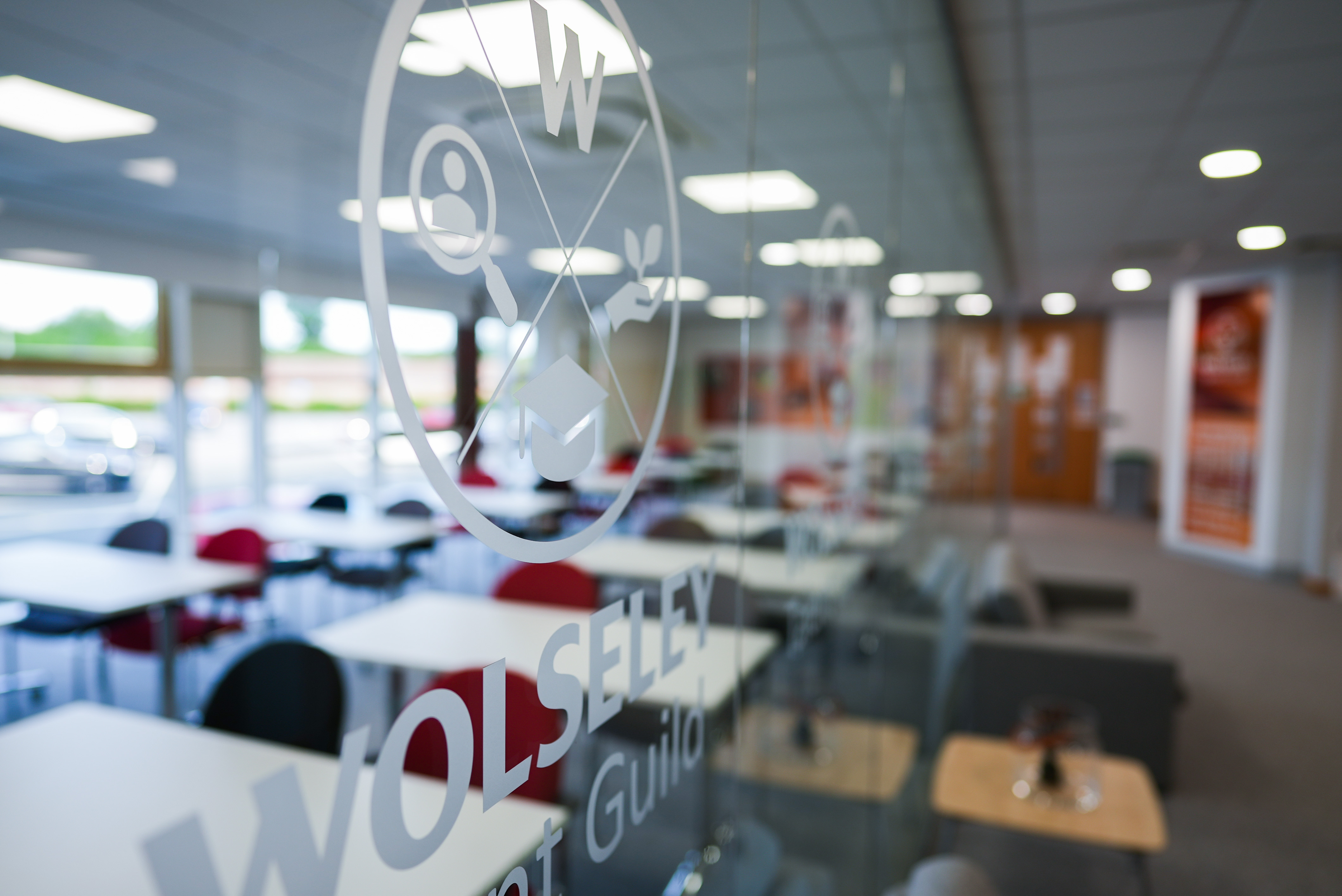 Our Support Centre on Ripon’s Boroughbridge Road has now been the cornerstone of our business for 50 years - and during that time, we’ve been proud to provide community support, career opportunities to local people, and even a place for musicians to hone their skills! It’s already been half a century – and we’re only just getting started…

The site recently underwent major refurbishment involving large-scale investment - not just in the building itself, but also in people and projects - as we welcome in the dawn of an exciting new era for our business whilst continuing to be an active force for good in the community.

Finance Director, Mark Stibbards, explains: “The newly refurbished building, which we are delighted to say is now open, has been designed to better embrace blended working and provide a more comfortable and modern environment for our colleagues.

“What’s more, our new training academy (pictured below) has been developed for community use, and will provide opportunities to learn new skills, develop existing ones and build an exciting future. Our new apprenticeship scheme will also create new opportunities for young people in our area to kickstart their career. We are already Ripon’s largest employer and that is a position we take great pride in.” 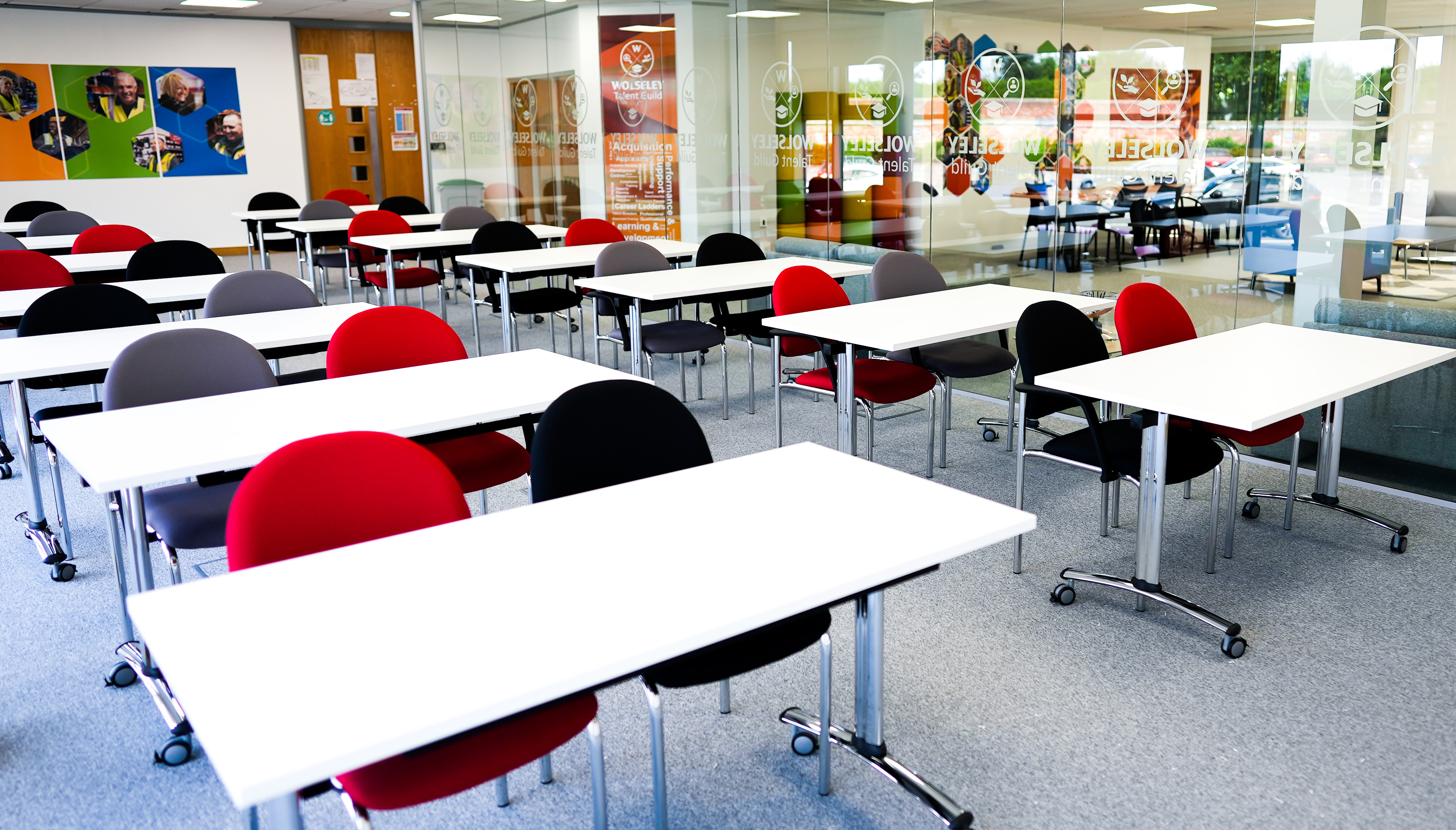 As the transformation was taking shape, our local investment continued, proudly sponsoring our local football club, Ripon City AFC, whilst also supporting schools and projects in the area through various donations. There was also an open invite to local charities and other organisations to help themselves to all our unwanted furniture and equipment, with many colleagues even lending a hand to help distribute it. 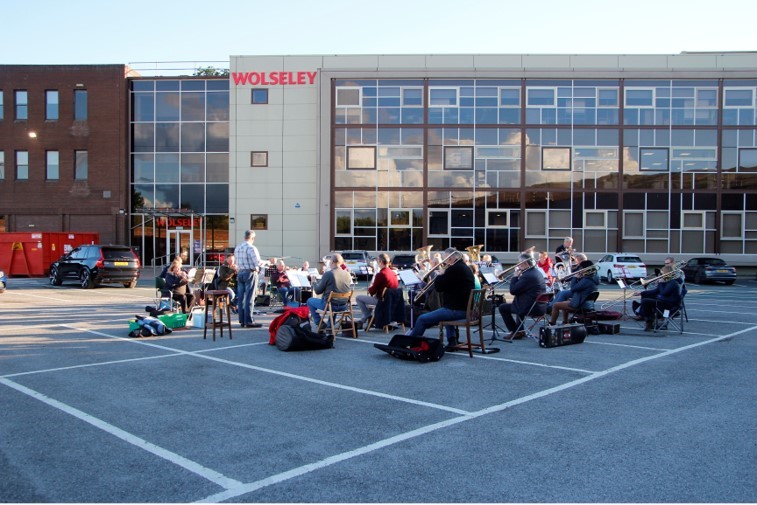 In addition, the site recently provided the award-winning Ripon City Band (right), which includes Linda Graham, Head of Application Delivery and colleague of over 30 years, with a chance to safely reconvene for the first time in over a year.

Much has changed, but our commitment to the city of Ripon and its people remains as strong as ever. Now, as we celebrate our 50th anniversary at the site, our colleagues have been welcomed back to the workplace to enjoy their sleek new surroundings.

And now for a trip down memory lane…

Our long and proud history in Ripon stretches back to 1971, as ‘The Wolseley-Hughes Group’ as it was back then – comprising OBC, Yorkshire Heating Supplies and Granville Controls – first pitched up on Boroughbridge Road, where we remain to this day.

At the time, all three companies traded independently under the Wolseley-Hughes Group, and operated more than 90 branches between them across the UK, having initially joined forces in 1965 to maximise the financial capital available to them amid the arrival of North Sea Gas. By 1973 – two years after our Ripon HQ was first established – the companies merged into Wolseley-Hughes Merchants.

Pam Wood, Administrative Assistant to our IT team (left), is one of our longest-serving colleagues in Ripon. She recalls: “I started working for Wolseley-Hughes Merchants in April 1977 and have been a secretary/PA for many of the directors during my 44 years’ service. I can remember the day I attended my interview with Neville Balmer, who was Sales & Marketing Director of Wolseley-Hughes Merchants at that time. You can imagine how delighted I was to be offered the job with the use of the latest IBM golf ball typewriter!

“Andrew Hutton joined the company with the acquisition of Plumb Center and in 1986 I worked with Andrew and Neville on the corporate ID change and the introduction of the legendary tap branding.” 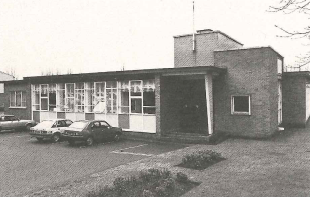 Throughout the 1980s (when the site looked like the image seen here on the right), many other great long-serving colleagues arrived, including our current Payroll and Benefits Manager, Michelle Henstock, who too remains a proud Wolseley colleague to this day.

She recalls: “I know it’s a term often bandied about but Wolseley was the employer of choice in the Ripon area at the time – everyone wanted to get a foot in the door. Whenever a vacancy cropped up, you wanted to grab it!”

And those who landed those much-coveted roles will also remember the announcement of plans to expand the site in 1985. The proposal to replace what was described in the local news at the time as ‘a hotch-potch of ancient and dilapidated buildings’ with ‘a sleek new warehouse and office buildings’ caused controversy in the area. Despite widespread support for the original, larger warehouse, the plans were reduced by 20 percent to appease a handful of local residents who expressed concerns. This, the article says, ‘served to highlight the reciprocal relationship the company has with Ripon’.

Once the project was complete, our relationship with the city of Ripon continued to go from strength to strength as we hurtled towards the turn of the century. By 1996, ‘Wolseley Centers’ as we were then known, celebrated 25 years at our Ripon base. In a special supplement in the Ripon Gazette printed in July of that year, the business took the opportunity to thank all those in the area who had contributed to its continued success.

Those colleague development schemes are now once again the jewel in our crown - and to this day, we continue in our aim of attracting young, aspirational people to our business. Now, as we embark on this exciting new era in Ripon, there’s never been a better time to unleash your potential with Wolseley.