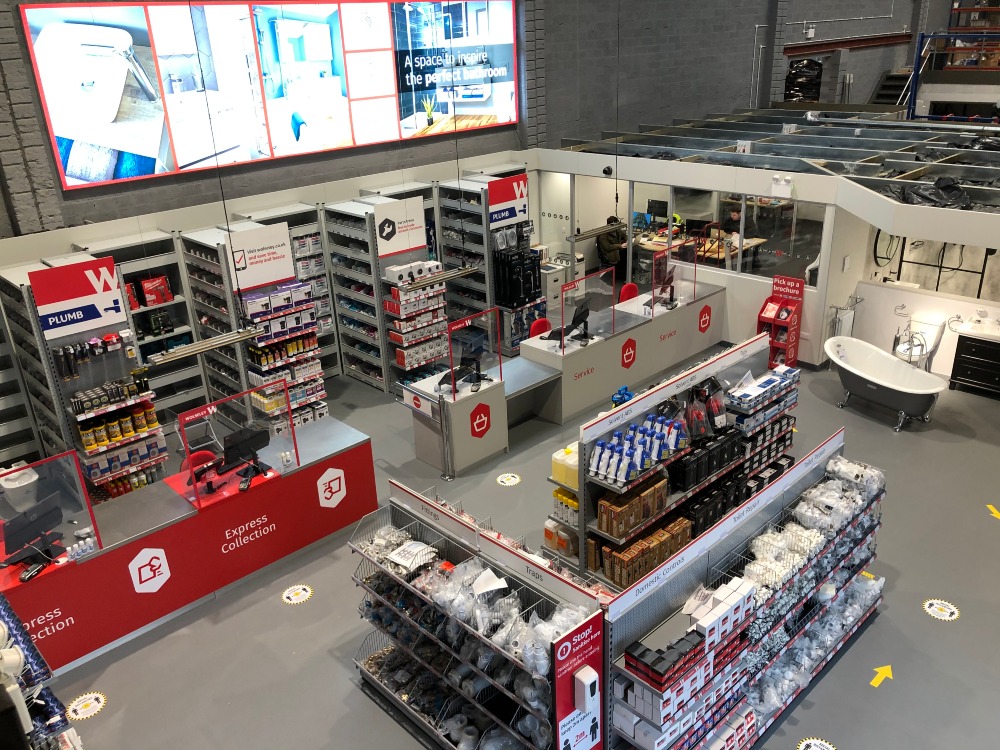 One month ago today, the doors of our brand-spanking new Jersey branch opened to our customers for the first time. Those involved faced a number of unforeseen challenges to get the new branch up and running, so the branch opening its doors to customers is a great example of perseverance and outstanding teamwork.

Our history on the island stretches back many years, having previously traded as Wholesale Supplies until 1995, when our former site became Wolseley Plumb. But despite the sleeker surroundings, some of that heritage has been retained, as the branch remains a plumbing specialist, with Wolseley Wholesale Supplies signage. 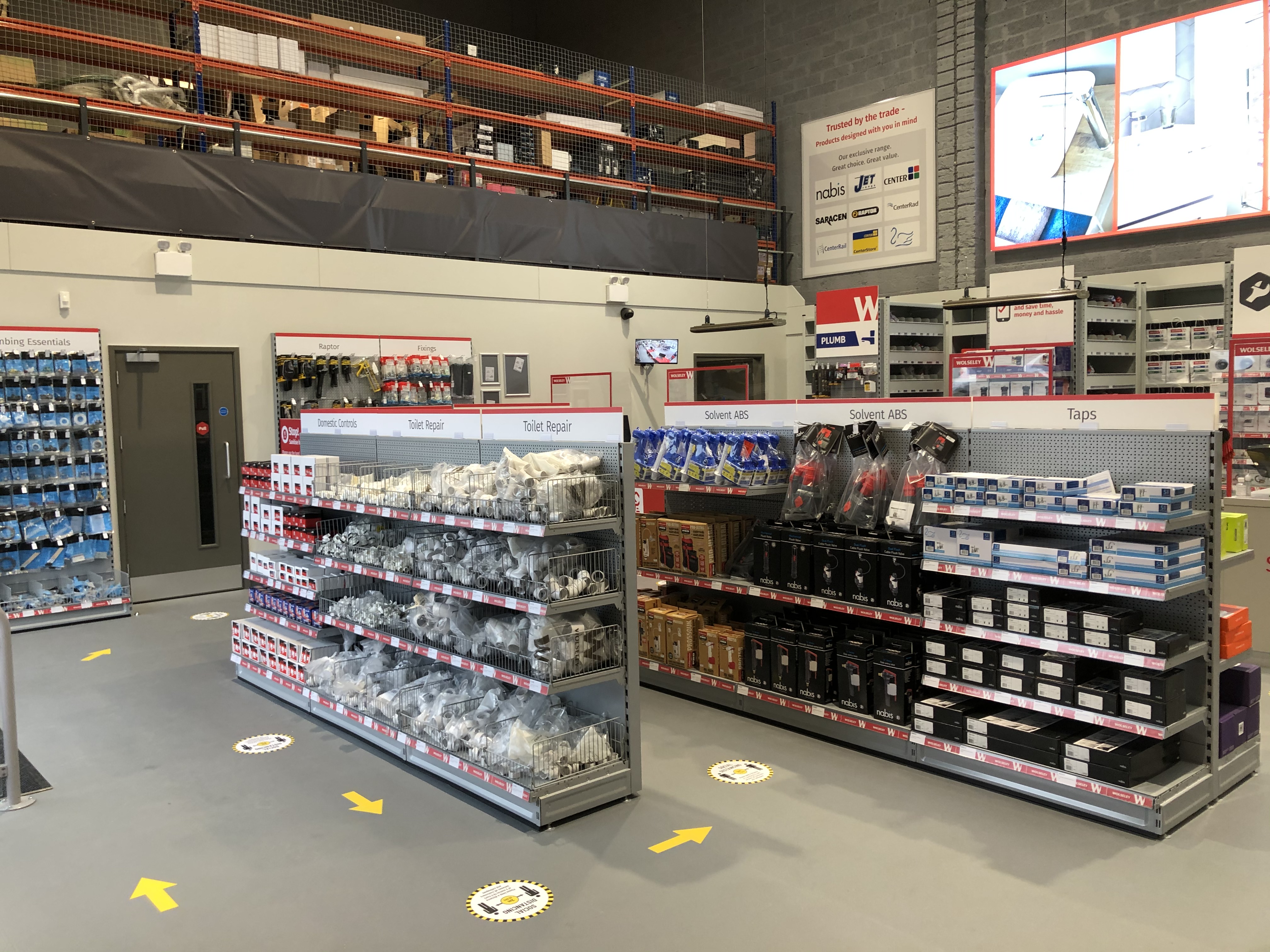 Construction & Development Manager Stuart Childs, who helped to oversee the project, explains: “This has been some two-and-a-half years in the making, having begun back in September 2018, when the new unit was first identified. It was larger, in a better location, provided more parking spaces for customers than our previous site, and had space for a Bathroom display area. A big step forward!

“What we of course didn’t know at the time was that we would face all the difficulties getting to and from the island as a result of the pandemic, plus all the delays and additional costs that also came as a result.”

Operational Change Manager Richard Feary adds: “Once the Covid-related complications began to hit, we had to apply for permission from the Jersey Government to travel to the island. We had numerous flights and ferries cancelled, so travel wasn’t as straightforward as it otherwise would have been. My team had to spend two weeks on the island to deliver the move as we were not allowed to leave and return.” 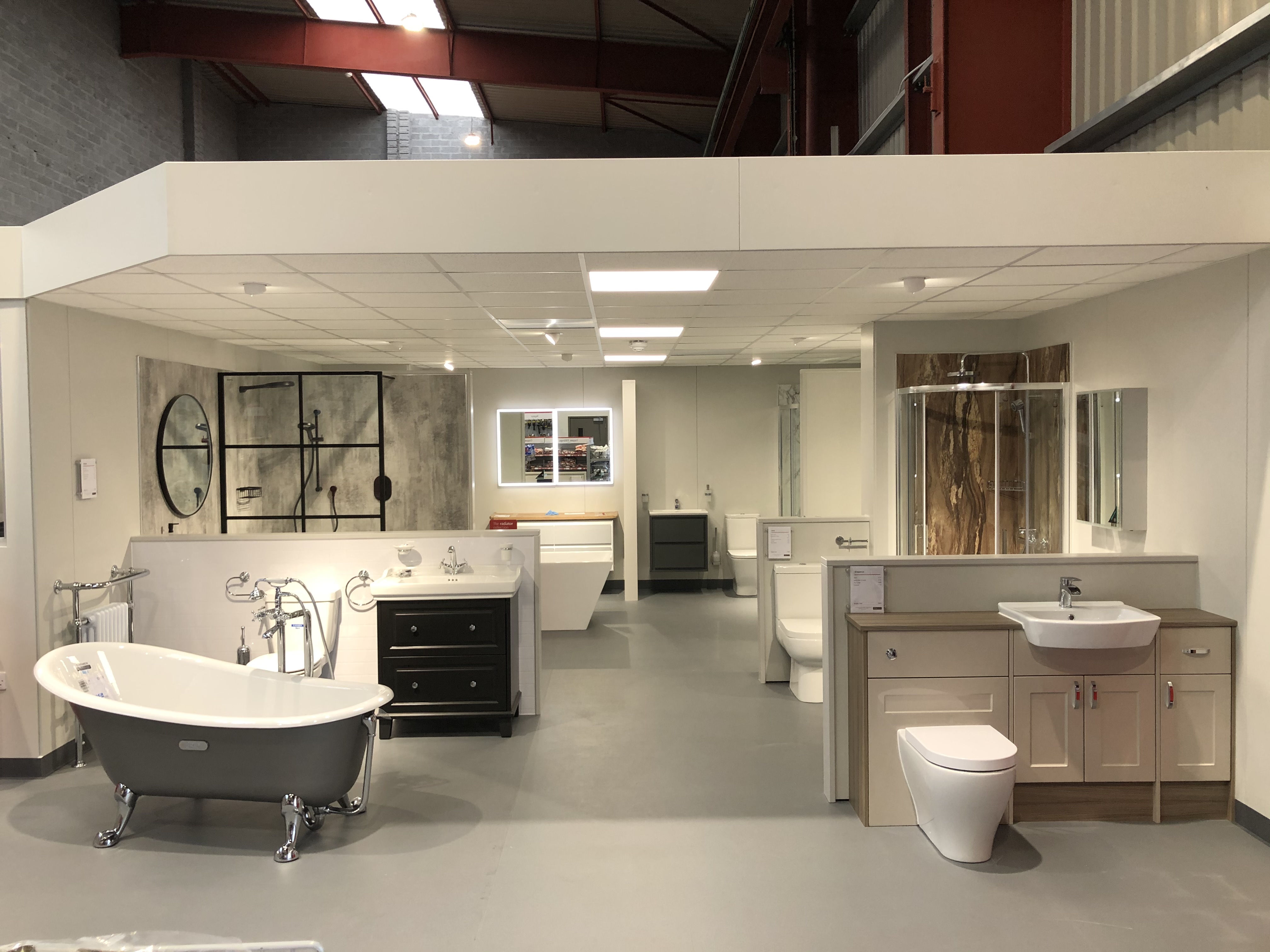 Once summer 2020 had passed and restrictions remained in place, the team were forced to review their options and source contractors already based on the island where possible. Once the previous fixtures and fittings had been removed, the project really began to take shape towards the tail end of last year, and by the new year, it was ready to be handed over to the Ops team to begin adding stock before the opening.

And now that it’s very much mission complete, what do our customers think of our shiny new branch? And what’s the first month been like operationally? The man at the helm, Branch Manager Steve Hutton revealed: “It’s been very busy! We’ve had some really positive feedback from customers who like the fact that there is plenty of parking on site. The layout of the branch and its location have gone down really well too. Everyone involved has done a great job.”