It's 40 years and counting for Michelle Henstock 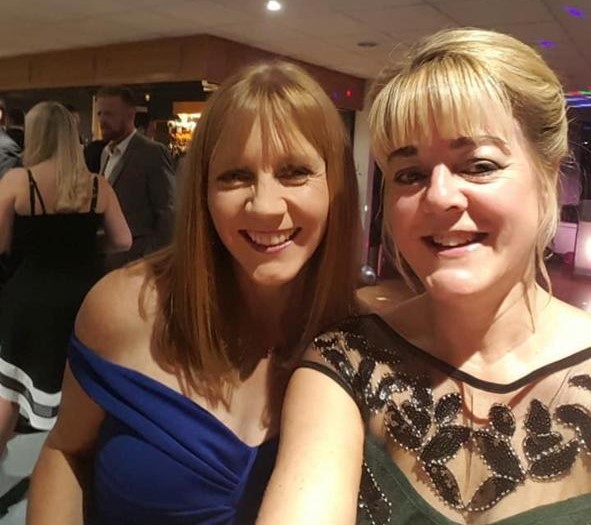 If you were around in June 1981, you may remember it as a time of political and social unrest, as riots continued to break out across the UK. Encyclopaedic music and film buffs may also reminisce Michael Jackson topping the charts with ‘One Day in Your Life’, and the release of the twelfth James Bond film, ‘For Your Eyes Only’.

Whilst all this was happening, Michelle Henstock (pictured here, right, alongside colleague Jo Maddock) arrived at what was then Yorkshire Heating in Ripon. The now Payroll and Benefits Manager began her career as a Sales Ledger Clerk just days after it was announced that UK unemployment reached 2.68 million – one in nine of the workforce at the time – so she must have made a good impression!

Michelle recalls: “I know it’s a term often bandied about but Wolseley, or Yorkshire Heating as it was, was the employer of choice in the Ripon area at the time – everyone wanted to get a foot in the door. Whenever a vacancy cropped up, you wanted to grab it!”

And grab it she did! “When I first started, I worked in what is now Credit Services, and I remained there for ten years before being promoted to Credit Controller in 1991,” she said. Then, within a year, Michelle’s career path took an unexpected but significant turn.

“In 1992 the Payroll Manager approached me and asked if I’d temporarily step into a Payroll Supervisor role to cover for a colleague who was going on maternity leave. I really took to the role well, and the girl who I was covering for never returned, so that’s where I stayed until ’97 when I became Payroll Controller. Finally, in 2004, I became Payroll and Benefits Manager – and that’s still my role to this day! I’ve always enjoyed what I do, and there’s always a challenge to rise to.”

"I've always enjoyed what I do, and there's always a challenge to rise to."

Of course, it goes without saying that advances in technology have revolutionised how Michelle goes about her work, and there’s always new systems to get to grips with – but those in her team have always felt like family. “I think I’ve been really blessed in that respect,” she said. “I’ve always worked in good teams and with good colleagues that have worked well together and got on. I’ve remained friends with many former colleagues, and I’ve gained new ones too.”

And this family aspect of a work team, she says, has never been more important than over the past 15 months. “For many of us, work has provided a much-needed support network at a time when we’ve been physically separated from our loved ones. Even though we’ve spent more time working remotely, I think the day-to-day interaction has kept us all going through what has been such a bizarre time.”

"For many of us, work has provided a much-needed support network at a time when we've been physically separated from our loved ones."

However, with what we all hope will still be a relatively restriction-free and joyous post-pandemic summer, Michelle has plenty to look forward to as we head towards the light at the end of the tunnel – both in and out of work.

She said: “To just about everyone’s amazement, I’ve become a keen gardener! I’m also a big fan of theatre, amateur dramatics and panto. I’m going to be directing a play for the first time early next year – a murder mystery – and I really can’t wait to get cracking with that. I was originally due to do it this year, but it was put back due to the restrictions.”

And back in the world of Wolseley, there’s yet more reason for optimism. She added: “We’ll soon be welcoming two new colleagues to our team, which I’m really excited about, and then there’s the imminent rollout of Workday, will again revolutionise how I do my job, and I’m really looking forward to that. And what’s more, the Ripon Support Centre refurb is coming along really well, so it’ll be great to go in on a more regular basis when the time is right.”

Congratulations, Michelle, on your incredible career to date. 40 years and counting - here's to many more!

Inspired by Michelle's story? Why not browse our current vacancies here?