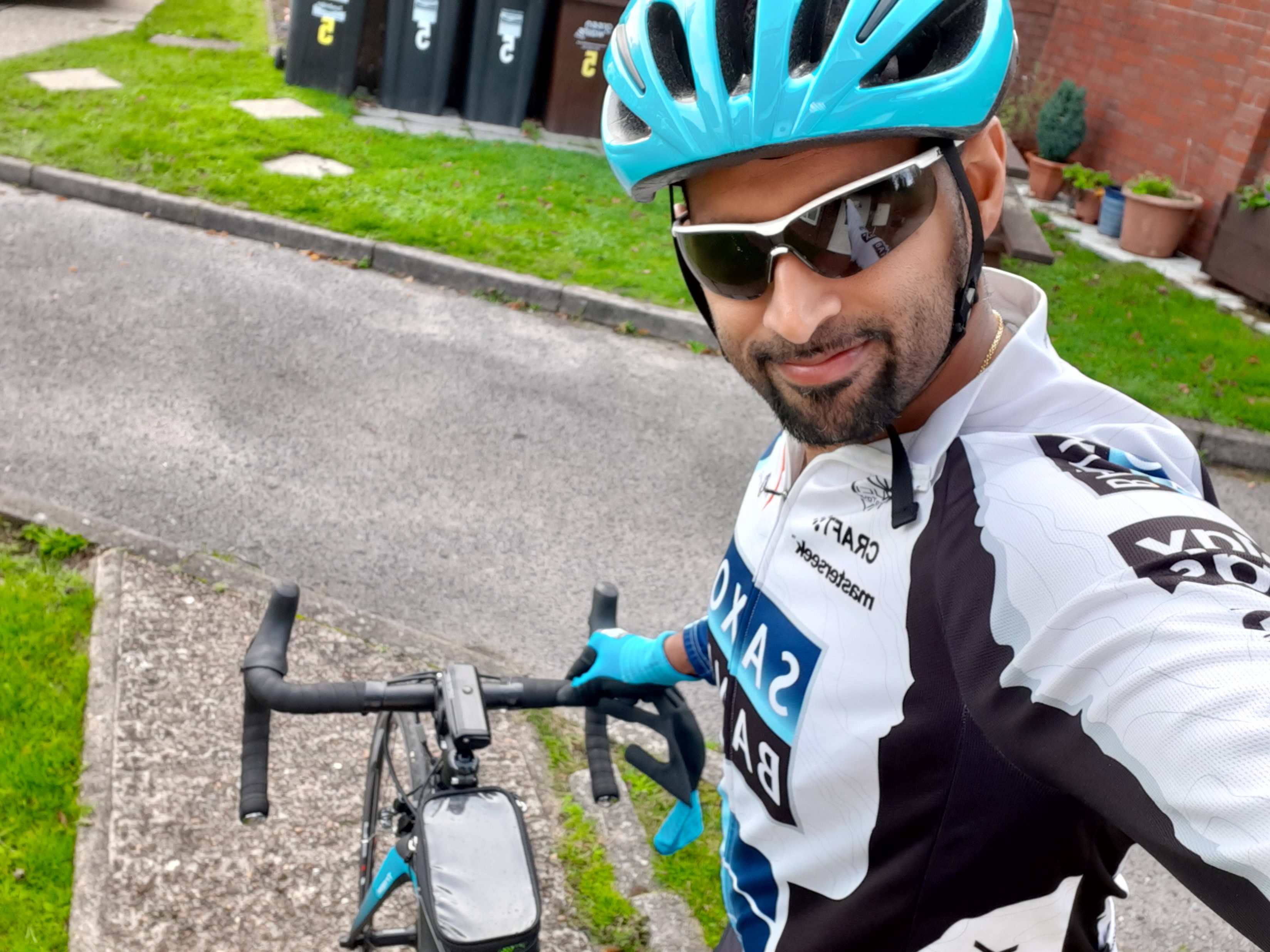 Sawan Shah has certainly made the most of the Covid-19 restrictions, using his spare time as an opportunity to turn his hand to a new hobby, raising some money for a great cause in the process.

Sawan, now branch manager at our Hove branch following a transfer from Battersea back in November, began his journey to becoming a cycling and fundraising extraordinaire in March 2020 with the purchase of a second-hand mountain bike from Facebook Marketplace for just £75!

Before long, there was no stopping him – and not only did his cardiovascular health benefit, so did Cancer Research. “I did a charity ride of 300 miles which I started back in September, finishing at the end of October. After that, I pledged that I would cycle a further 1000 miles if I managed to raise £1,000, which I did,” he explains.

“At the time, we were enjoying lots of nice weather, so it wasn’t too difficult really. The 1,000 miles included long trips to Eastbourne, which is about 65 miles away from my home in Surrey,” he added.

And with all that mileage came the need for a newer, better bike – so it was out with the budget bike from Facebook, and in with a brand spanking new upgrade made of carbon fibre – nice!

Now he’s better equipped, he revealed that plans are afoot to do more. “Cancer Research is a charity close to my heart and I normally like to do some sort of charity walk or ride once a year. I have walked to Wembley Stadium from Thornton Heath in South London, and also twice from Wandsworth to the O2.”

“But in terms of cycling, this was the first challenge on what is now a long list of challenges I want to complete, starting with a ride to Windsor Castle in the coming weeks. Later in the year I will be cycling from London to Brighton, and my longer-term aim is to do Land’s End to John O’Groats – the full length of the UK.” he said.