Lauren Cable: Inspiring the next generation of women in STEM 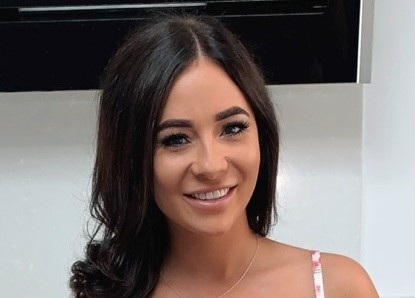 When most women think of their dream career, or something they could really see themselves excelling in, anything closely aligned with engineering tends to get overlooked. However, it’s a path that Lauren Cable has taken, and now she’s looking to inspire other the next generation to follow in her footsteps.

The Cooling Area Sales Manager in the North East recently signed up to the Stemazing Inspiration Academy, which supports women in STEM (science, technology, engineering and mathematics) fields through a series of activities designed to build up their confidence. Once the training is complete, these newly empowered role models then deliver a six-week programme of live online STEM sessions designed to engage children aged between five and nine.

Lauren explains: “Stemazing has been running as an organisation since 2019, but the Stemazing Inspiration Academy has only just launched, so this is a really exciting opportunity for women in STEM. I found out about it through both Wolseley and LinkedIn Woman in Industry’s LinkedIn page. The organisers of World Refrigeration Day were encouraging sponsored members to take part, and I wanted to describe my career path, and encourage younger women to consider a career in STEM.”

And what better role model than Lauren? The passionate and ambitious Geordie arrived at Wolseley three years ago with designs on rising up the ranks by becoming an expert in her field. She adds: “I wanted to start a career that would present me with opportunities to progress if I worked hard and did well – and I didn't necessarily have that in previous jobs.

“Gaining the trust of customers and colleagues in a male-dominated industry is something that is very important, and at the start it was a challenge, but I’ve been in my role for three years now and I can definitely say it gets easier in time. Although engineering-related careers are a popular choice in my family, I originally never thought about it as a career path for me. Since I’ve been with Wolseley, the business has given me the guidance and support I’ve needed to progress, and I’m grateful for that – my only regret is that I didn’t start sooner!”

Lauren’s line manager Zach Wynne added: “When Lauren joined the Climate sales team in the North East of England, she was the first female colleague to ever apply for a role within our team. After completing her interview, we felt she had the perfect personality and attitude for the external role, and so the journey began!

“Lauren has brought a new dynamic to the team and had some great successes with the local customers with her commitment to great service. She is a pleasure to work with and has been a real bastion for women joining the industry, and most importantly, making a success of it. We look forward to developing with Lauren during her carrier in Wolseley Climate.”

know John will be able to help us drive through those improvements.”

"Lauren has brought a new dynamic to the team and had some great successes with the local customers with her commitment to great service."

Now that the programme is underway, Lauren was also able to enlighten us on how it’s going so far, and how she’s taken the opportunity to build new relationships – ever the saleswoman! “We have been split into groups of five, and every week we have a group video meeting,” she said. “So far we’ve been getting used to talking on camera and building our confidence in preparation for our live Zoom lessons with the children.”

And when asked what she’s hoping to accomplish from the programme, she told us: “Even if I could mentor one other woman who decides to begin a career in STEM, and show younger girls that they can achieve anything if they put their mind to it, that would be great! The opportunity is there.”

Well done Lauren – keep up the outstanding work and we’re sure you’ll make a great impression.