The rise of Jordan Low 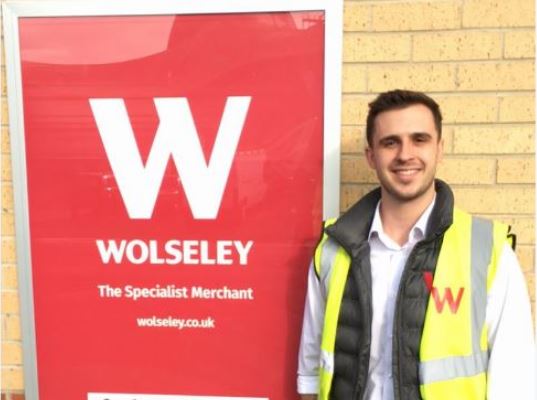 Just six years ago, a fresh-faced 17-year old Jordan Low was making his first foray into the world of work as an apprentice at Wolseley. Now, at the age of just 23, he’s leading a team of three in his new role as manager of our Driffield branch. Age really is just a number!

Jordan reveals: “From my very first day it was my ambition to become a Branch Manager. I’m lucky to have worked under some great leaders who’ve shown me the way. Phil Watson, my Area Manager, has followed a similar career path - so he’s living proof that I can progress even further here if I keep working hard.”

And unsurprisingly, Phil has been full of praise for his young protégé: “I’ve known Jordan since he first started as an apprentice six years ago. It has been a great pleasure getting to know him and seeing him grow into the valuable member of the team he is today,” he said.

Jordan is relishing the challenge of repaying the faith shown in him, and while he’s incredibly proud of the responsibility he’s been entrusted with, he seems to have struck the perfect work-life balance. “That’s the best thing for me, I’d say. I’m making good progress in my career but I’m still able to switch off at weekends and enjoy a bit of football, keeping fit and socialising with friends,” he said.

We’re incredibly proud of what Jordan has achieved in a relatively short space of time – his dedication and enthusiasm has made him another true Wolseley success story!